Donate to Our Charities 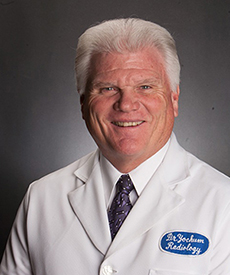 Dr. Terry R. Yochum was born a native of south St. Louis, where two powerful forces influenced his early development. The first was chiropractic, in the form of his father Kenneth E. Yochum, DC, whose life and career would inspire Terry to follow in his footsteps. The other was baseball, a natural channel for his competitive nature and athletic ability.

Dr. Terry Yochum has presented over 1500 lectures worldwide to both the chiropractic and medical profession and actively presents continuing education seminars for postgraduate departments of several chiropractic colleges. In addition to authoring numerous scientific articles, he co-authored Essentials of Skeletal Radiology with Dr. Lindsay Rowe, a textbook that has been the benchmark imaging text for the chiropractic profession for over 20 years.

Dr. Yochum has been inducted into four Halls of Fame: The St. Louis Amateur Baseball Hall of Fame (1998); the National College of Chiropractic Hall of Honor (2010); The National Fraternity Sigma Chi Hall of Fame, honored with “Significant Sig” (2011); The Cleveland High School Hall of Fame (2012).

Highlights of Terry’s longstanding baseball pitching avocation include everything from pitching during high school and college years to a two year stint as batting practice pitcher for the Milwaukee Brewers AAA team, the Denver Zephyrs. Old habits die hard. Playing well into his senior years, he pitched for a senior division baseball team that won the National 40 & Over Championship in 1997 and the 50 & Over championship in 1998. Terry continues to play the game on a men’s senior baseball team in a league in Denver, Colorado and he also umpires.

For 44 years Dr. Yochum has been married to his very best friend Inge. They have three wonderful children: their oldest daughter Kimberley Ann, their son Philip Andrew, and their youngest daughter Dr. Alicia Marie.

WHY I WROTE THIS BOOK

One of the major driving forces behind the production of this book entitled “I Should Have Been Left-Handed” was to tell the story, from inception to completion, behind the creation of the textbook Essentials of Skeletal Radiology. It gives insight into the actual process of what it took to publish this seminal textbook, along with the trials and tribulations and the joy and successes associated with it.

Other chapters allow but a brief look into my personal life, my family dynamic, friends and mentors, and consider the impact baseball had on my career as a competitive pitcher and eventually becoming a chiropractic radiologist.

WHY I AM DONATING TO THREE CHARITIES

The profits from the sale of the book “I Should Have Been Left-Handed” will be donated to the following charities.

I chose this foundation because my oldest daughter Kimberley has lived with the effects of a very rare metabolic disorder (MELAS Syndrome) since she was 8 years old. My goal is to raise awareness of mitochondrial disease and provide funds for research to help towards a cure. It is a cause very close to my heart.

The Foundation for Chiropractic Progress.

As a founding board member of this organization, I support their efforts and promotions to increase the public’s awareness of the benefits chiropractic has to offer. This foundation advertises worldwide in various prestigious publications, such as Sports Illustrated and USA Today, to patients who may benefit from chiropractic care.

Having played baseball nearly all my life, I have an appreciation for the positive influence that it can be in building character and promoting physical health. Whitey Herzog’s Youth Foundation is an organization that also recognizes the benefits of youth participation. They work tirelessly to donate baseball equipment to young athletes and build or upgrade baseball fields throughout Missouri and southern Illinois. It has been my privilege to know Whitey Herzog personally as a friend for over 20 years and I feel that supporting his Foundation is a way to give back to the sport and the community that has given me so much.